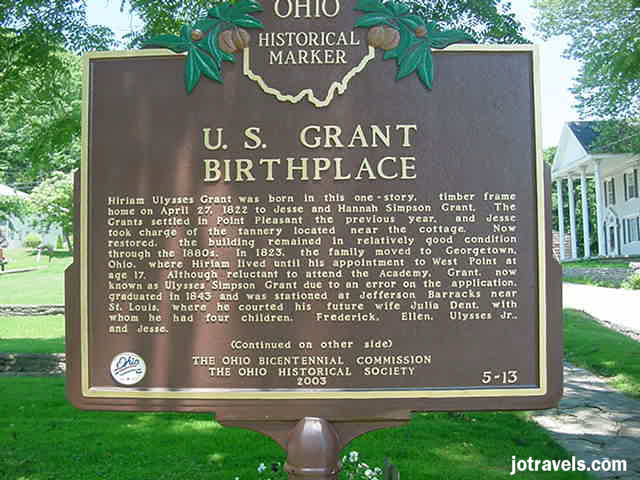 Quoted from historical marker at President Ulysses S. Grant birthplace:
Hiram Ulysses Grant was born in this one-story, timber frame home on April 27, 1822 to Jesse and Hannah Simpson Grant. The Grants settled in Point Pleasant Ohio the previous year, and Jesse took charge of the tannery located near the cottage. Now restored, the building remained in relatively good condition through the 1880's. In 1823, the family ovd to Georgetown Ohio, where Hiriam lived until his appointment to West Point at age 17. Although relucant to attend the Academy, Grant, known then as Ilysses Simpson Grant due to an error on the application, graduated in 1843 and was stationed at Jefferson Barracks in St. Louis, where he courted his future wife Julia Dent, with whom he had four children, Frederick, Ellen, Ulysses Jr., and Jesse.