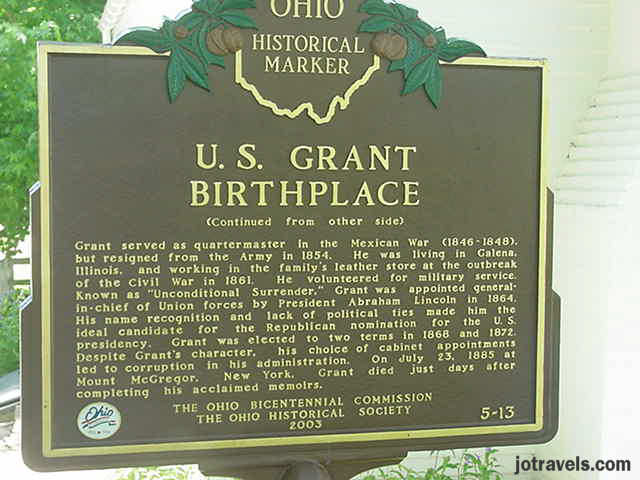 Quoted from historical marker at President Ulysses S. Grant birthplace:
Grant served as quartermaster in the Mexican War (1846-1848), but resigned from the Army in 1854. He was living in Galena, Illinois and working in the family's leather store at the outbreak of the Civil War in 1861. He volunteered for military servce. Known as "Unconditional Surrender," Grant was appointed General in Chief of Union forces by President Abraham Lincoln in 1864. His name recognition and lack of political ties made him the ideal candidate for the Republican nomination for the U.S. Presidency. Grant was elected to two terms in 1868 and 1872. Despite Grant's character, his choice of cabinet appointments led to corruption in his administration. On July 23, 1885, at Mount McGregor, New York, Grant died just days after completing his acclaimed memoirs.