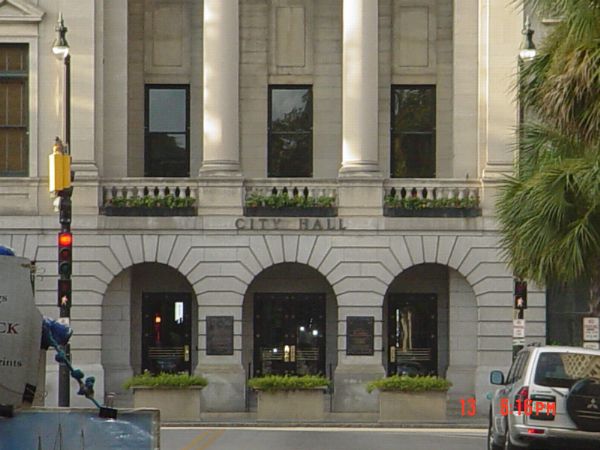 City Hall
Looking down the street from Johnson Square you have a wonderful view of the City Hall. Savannah's City Hall is located on Yamacraw Bluff overlooking the Savannah River. This is the same bluff where General James Oglethorpe landed in 1733 with the first group of colonists who would establish the City of Savannah and the last of the 13 colonies of England.

City Hall is a Renaissance Revival building with classic proportions and detailing. The structure replaced a circa 1799 City Exchange building which had housed City government for many years. On January 2, 1906, ten thousand visitors attended the opening reception for City Hall. The first City Council meeting in the new City Hall was held the following day.