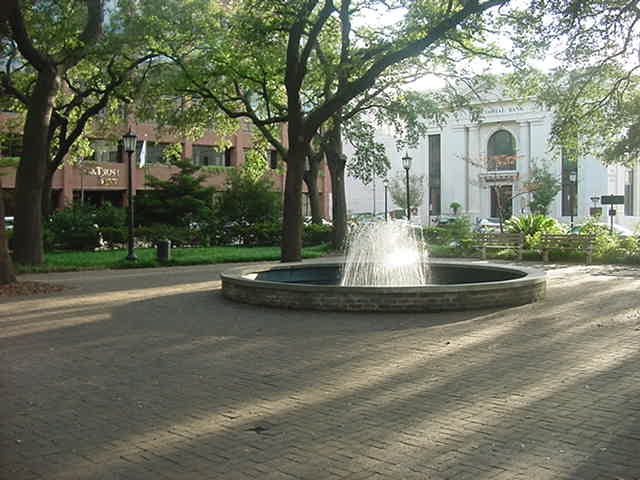 Johnson Square Fountain
Johnson Square is notable for being the first square laid according to General James Oglethorpe's design, which today includes 21 preserved squares and the fragments of two others. Located on Bull Street between Bryan and Congress streets, Johnson Square is the center of Savannah's financial district and a setting for many civic and historic functions, including a reception for President James Monroe in 1819. The square is named for Robert Johnson, the Royal Governor of South Carolina at the time of Georgia's founding. General Oglethorpe named the square in the governor's honor for his invaluable assistance to the colonists in the first days of their settlement.