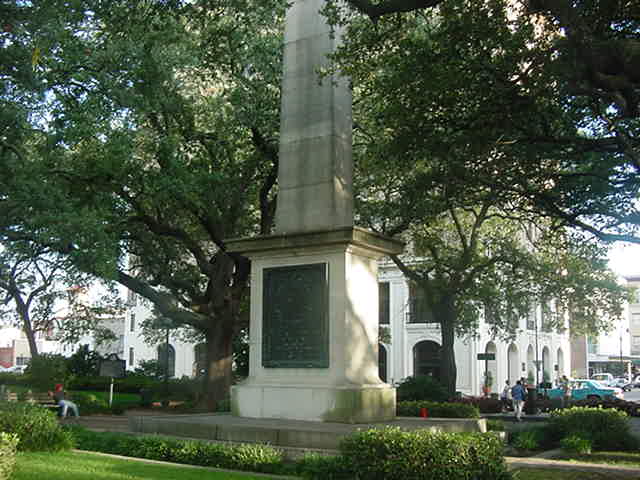 Johnson Square Nathaniel Greene Memorial
In the center of the square is an obelisk memorial to General Nathaniel Greene. General Greene was George Washington's second-in-command during the American Revolution and, in 1782, he was sent to Georgia to oversee its liberation from the British. Most of the city's Loyalists fled for the friendlier climes of England and five years and one week after the signing of the Declaration of Independence (which had first been read to Georgians in Johnson Square), American forces retook Savannah.

For his heroism in the Revolution, Greene was given nearby Mulberry Plantation, where, within a dozen years, Eli Whitney invented the cotton gin, a device that transformed the South. Greene died prematurely in 1786 and was buried in Colonial Cemetery. His monument in Johnson Square was dedicated by the Marquis de Lafayette during his triumphant visit to Savannah in 1825 and Greene's remains were exhumed and re-interred beneath the monument in 1902.