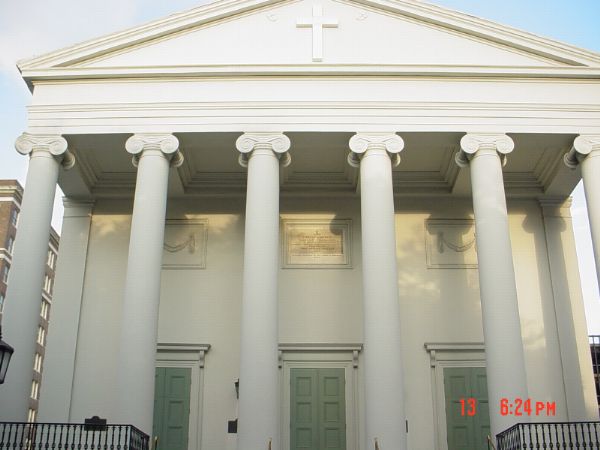 Johnson Square Christ Episcopal Church
Christ Episcopal Church is located on the eastern side of the square. Known as Georgia's "Mother Church," it dates from its initial service on February 12, 1733, the day the first English settlers arrived on the high bluff above the river. Christ Episcopal stands on the site reserved by General Oglethorpe for the colony's first house of worship. Here, John Wesley, the subsequent founder of Methodism, began the American tradition of Sunday School. The current structure was built in 1838 and designed by James Hamilton Couper, a planter from St. Simons Island and a scholar in the field of tabby construction. The building resembles a Roman temple, with a simple portico supported by six Corinthian columns.